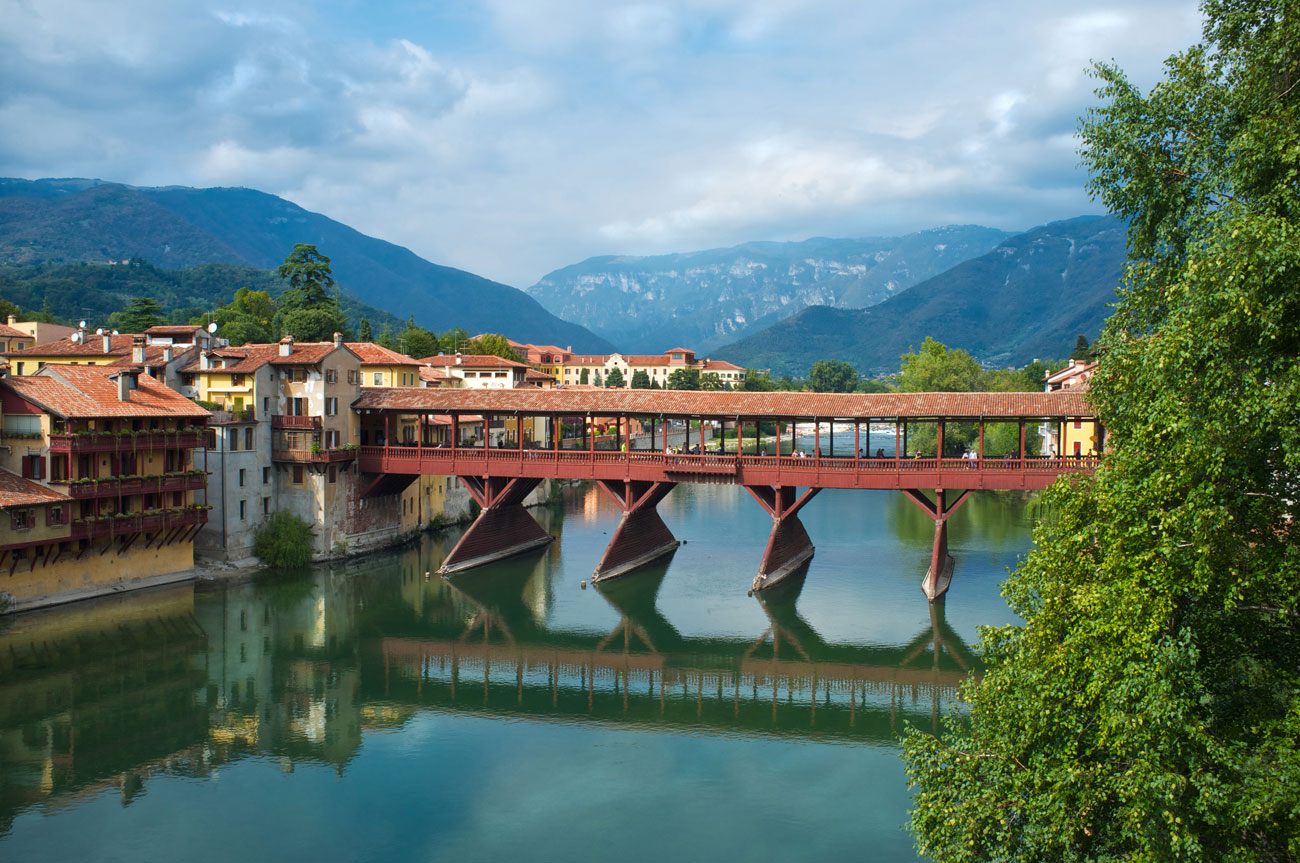 The bridge over the river Brenta, called Ponte Vecchio, Ponte di Bassano or Ponte degli Alpini, is considered one of the most characteristic bridges in Italy. It is a covered bridge built entirely in wood. It has undergone numerous interventions and reconstructions since its birth, documented in 1209. In October 1567 the river Brenta flooded vigorously and swept away the pre-existing historic bridge. The architect Andrea Palladio was involved in the reconstruction. He first designed a stone bridge completely different from the previous one, with three arches on the model of the ancient Roman bridges. The city council rejected the project, ordering the architect not to deviate too much from the traditional structure. In the summer of 1569 Palladio therefore presented a second definitive project for a wooden bridge which in practice recalled the previous structure, although radically renewed in terms of technical and structural solutions, and of great visual impact. The bridge resisted for almost two hundred years, collapsing after the overwhelming flood of the Brenta on 19 August 1748. It was rebuilt by Bartolomeo Ferracina, who faithfully followed Palladio's design. In 1813 the bridge was set on fire by Viceroy Eugene of Beauharnais and subsequently rebuilt in 1821 by Angelo Casarotti, with the same previous forms.

Since 1928, the bridge has also been dedicated to the memory of the hundreds of thousands of Alpine soldiers who, during the First World War, crossed the bridge to the Sette Comuni plateau, the scene of bloody battles for over 41 months.

The bridge was then destroyed for the third time on 17 February 1945. It was rebuilt by the contractor Giulio Tessarolo & Figli of Rosà.