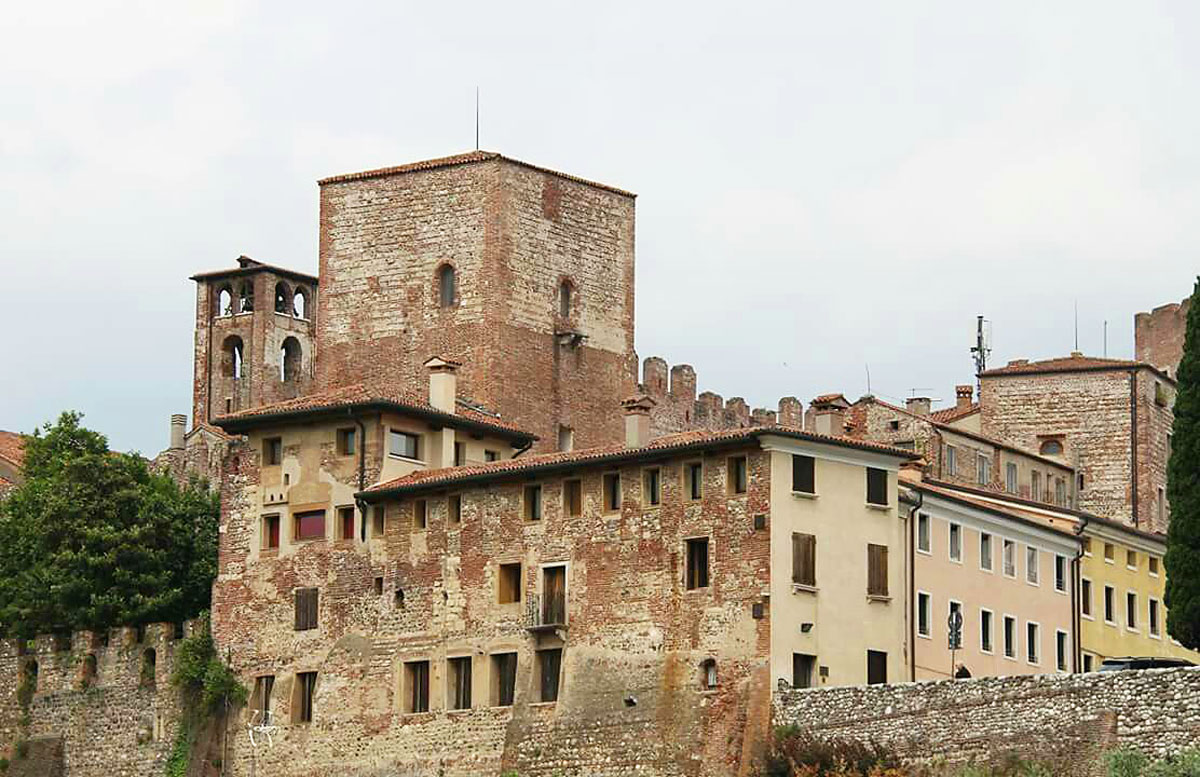 The Ezzelini Castle or Upper Castle is a medieval defensive fortification, dating back to the year 998, built around the Church of Santa Maria. The church had risen on the highest hill together with fortified structures placed for defensive purposes and as a refuge for people, goods and commodities. In the second half of the 12th century the bishop of Vicenza, to whom the castle belonged, donated it to Ecelo I, founder of the powerful Ezzelini family. Later it passed into the hands of the Visconti, the Scaligeri and finally the Serenissima. During the 13th century a new boundary wall was built up to the north pentagonal tower. The Ortazzo tower was also built and the tower of Ser Ivano (located in the south-west corner) and the church bell tower were restored. In the 13th century a new wall was built to protect the outlying villages, and the last extension dates from the end of the 14th century, part of which can still be seen in Viale delle Fosse, right in front of our hotel. In the 15th century the fortification was still active before it came under Venetian rule, and was later decommissioned and transformed. The fortification has a quadrilateral shape with walls from about 7.50 to 13.50 m high; the structure is made of alternating rows of bricks and pebbles collected directly from the river Brenta. The castle is currently used for temporary exhibitions and ‘Opera Estate’ theatre performances. The castle square, where the entrance to the Duomo is located, is open to the public, while the patrol walkway is only open on certain occasions.