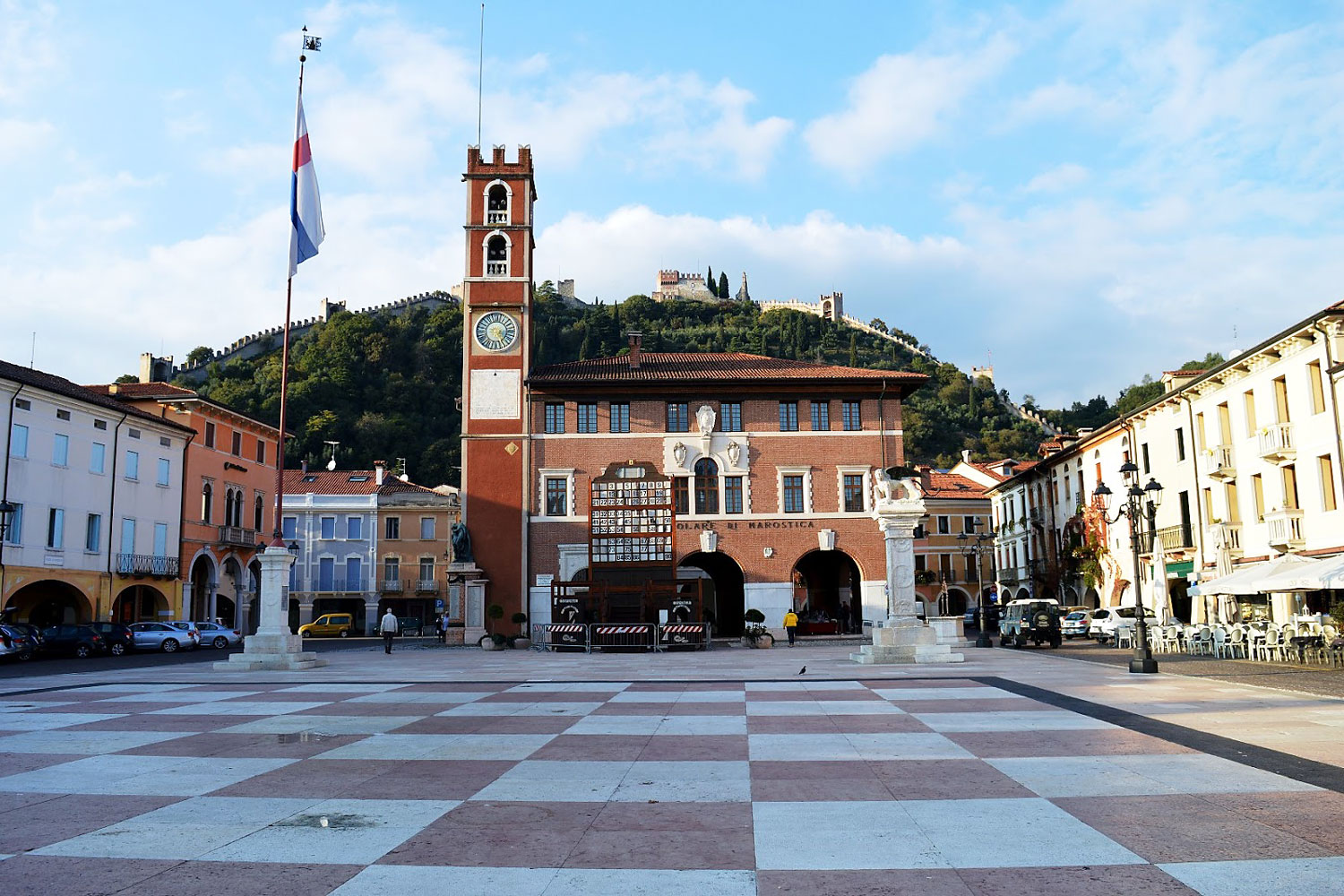 The castle of Marostica comprises two castles, the Upper Castle and the Lower Castle, united by a wall, about 1800 metres long, which are located in the town of Marostica (VI). With the conquest of Vicenza by the Scaligeri in 1311, the territory of Marostica also came under the rule of Cangrande della Scala. The construction of the two castles dates back to 1312: the Lower Castle, also called Da Basso Castle, and the Upper Castle. Construction of the walls began on 1 March 1372 by Cansignorio. There are four gates giving access to the historic centre, characterised by the "Piazza degli Scacchi": the Porta Vicentina to the south, the Porta Breganzina to the west, the Porta Bassanese to the east and the Porta del Castello Superiore to the north. Along the walls there are walkways, the same ones that in ancient times allowed a guard service. Between 1934 and 1935, a new opening was made in the southern part of the walls in order to facilitate access to the former railway station. Opposite the Lower Castle is Piazza degli Scacchi, where every two years on the second weekend in September the famous "Chess Game" is held, with over 550 participants in medieval costume.