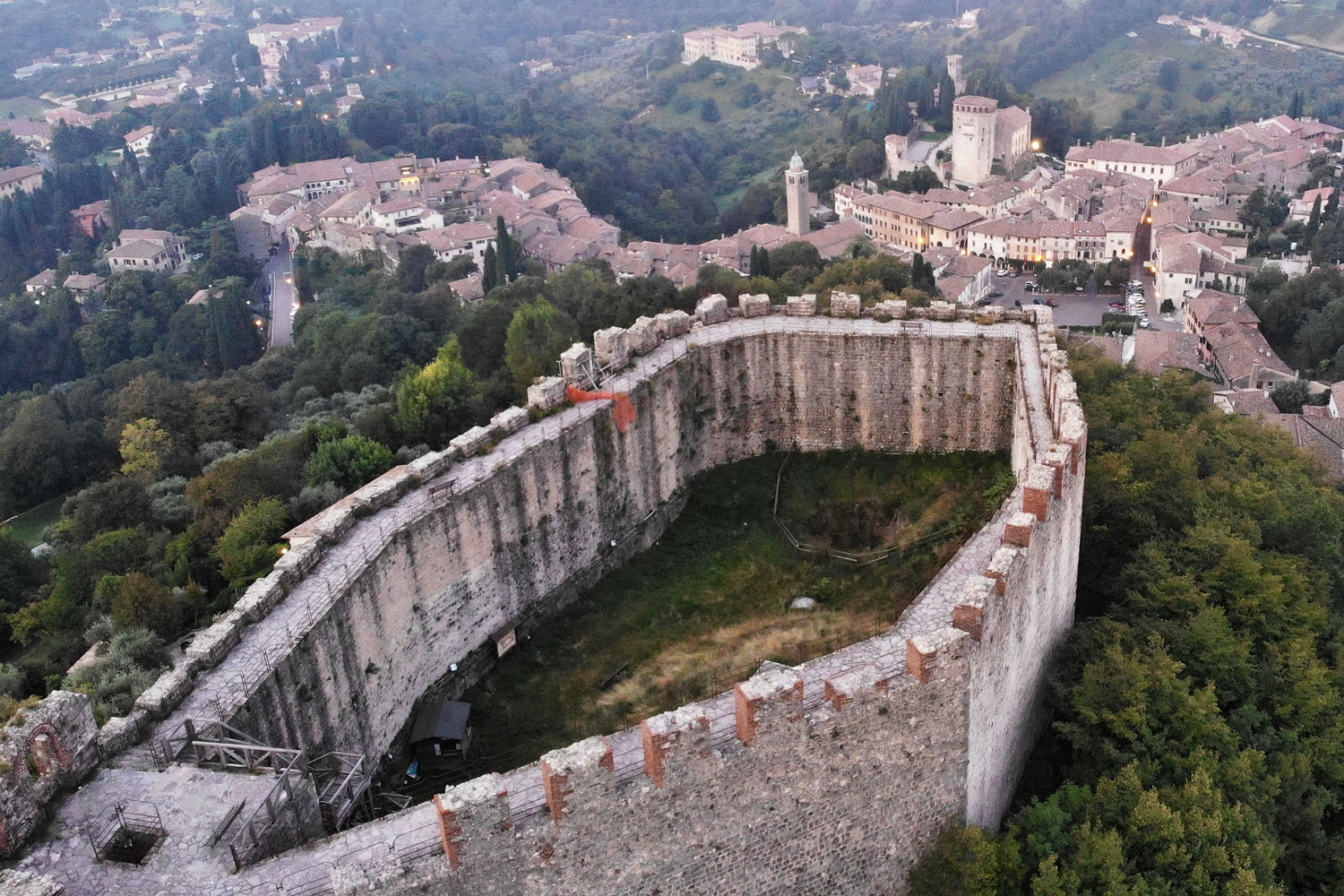 The current Rocca of Asolo or Rocca Braida is a fortress built between the end of the 12th century and the beginning of the 13th century, situated on top of Mount Ricco, which has overlooked, since pre-Roman times, the village of Asolo in the province of Treviso, which is part of the club of "I borghi più belli d'Italia" (Italy's most beautiful villages).