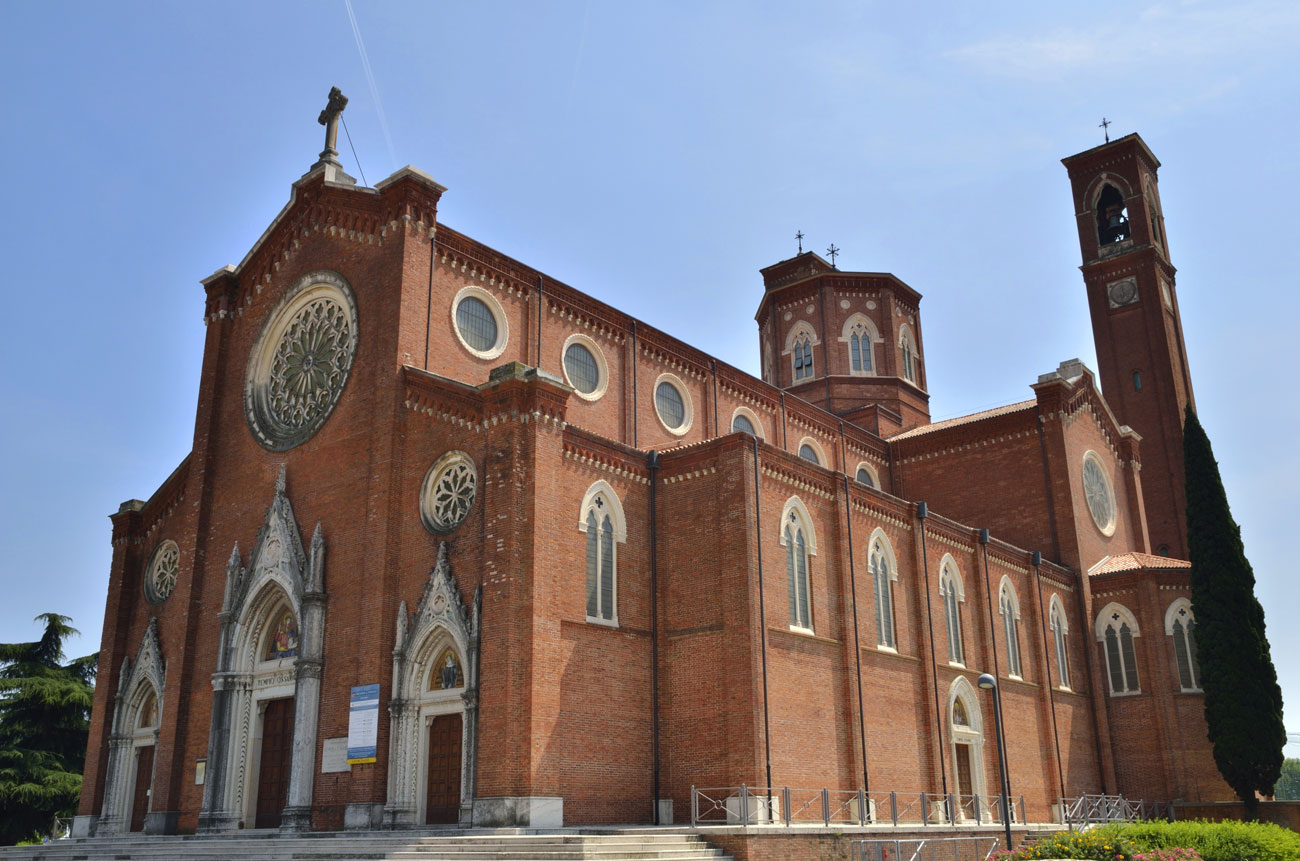 The ossuary temple is a monumental church inaugurated in May 1934. Construction began in September 1908 but had to be stopped due to the outbreak of the First World War. The cathedral remained unfinished until 1930 when, after an agreement between the parish and the Ministry of Defence, it was decided to use it as a military shrine as well as the city's new cathedral. In the monumental complex are buried 5405 soldiers from all over Italy, of whom over two hundred have been decorated with silver or bronze medals for military valour. All the names and surnames of the deceased are known because the temple contains only soldiers who died in field hospitals. The ossuary also holds the bodies of four officers decorated with the gold medal and also the remains of Prince Umberto di Savoia-Aosta, Count of Salemi, nephew of the first King of Italy Vittorio Emanuele II and brother of the Duke of Aosta. Eighty-seven military personnel (who died in Germany and Russia) and civilians who died during the bombings in Bassano (transferred from the local cemetery of Santa Croce) also rest in the shrine.

Externally, the temple, built in Venetian Gothic style, with traces of Romanesque, stands on a base of seven steps in white stone from Pove del Grappa and is surmounted by an octagonal dome flanked by two sixty-metre bell towers. The wide façade is divided by two pilasters into three compartments, rises to a height of 28 metres and is surmounted by a stone cross. Above the main door is a rose window of about ten metres in diameter, made of St Gotthard stone, and two smaller rose windows (above the side doors). Above the central door is the image of the Redeemer, in the left lunette is depicted Saint Bassianus, patron saint of the town, and in the right lunette is blessed Giovanna Maria Bonomo. The interior of the temple is in the shape of a Latin cross, 75 metres long, 37 metres wide and, at the transept, 43 metres, with a total area of about 1400 square metres.

Every year the ossuary temple is visited by an average of about 8,000 visitors.