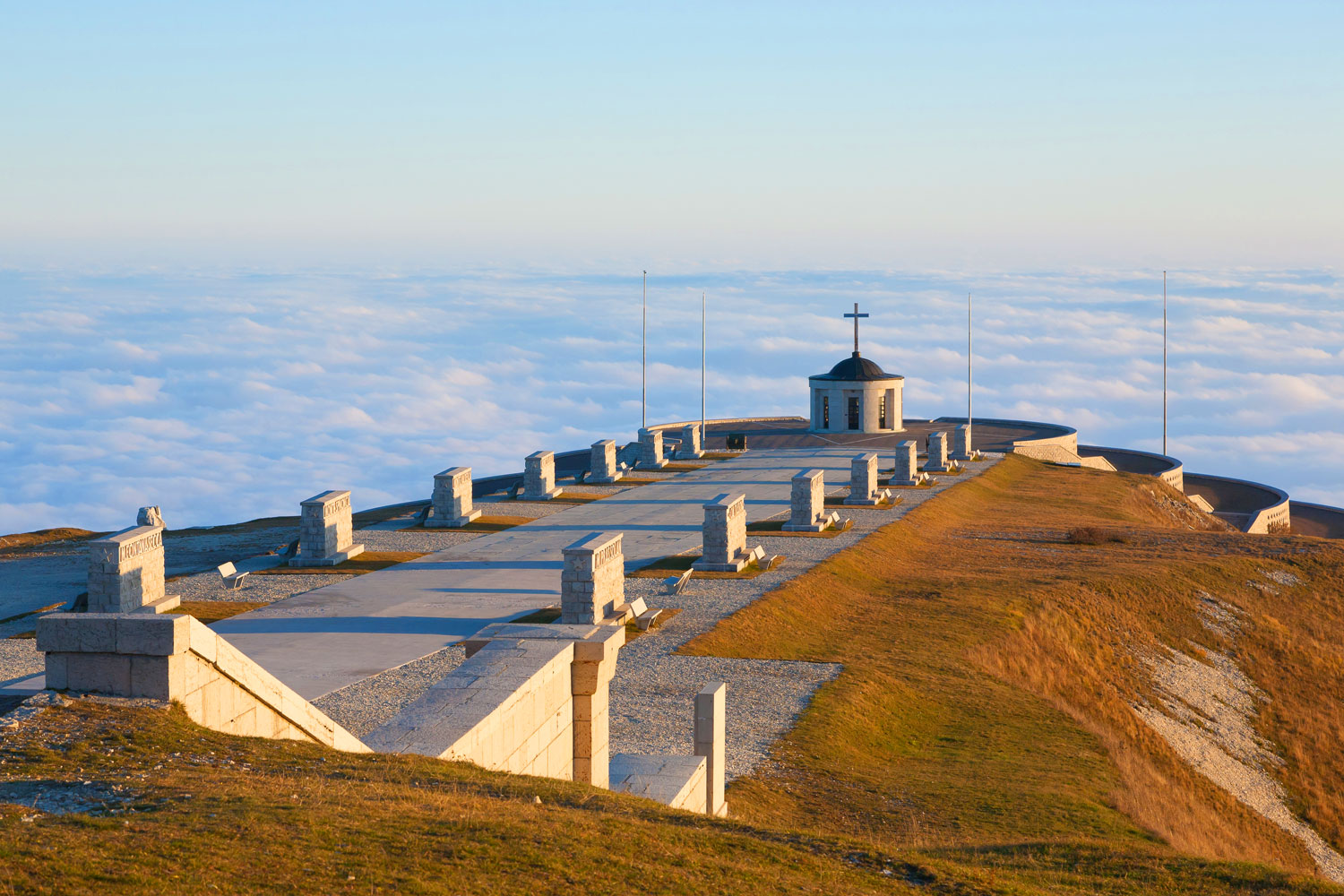 The military shrine of Mount Grappa is one of the main military ossuaries of the First World War and is located on the summit of Mount Grappa. At the end of the Great War, it was planned to build a single monumental cemetery under the peak of Mount Grappa, but when the work was finished, due to problems with the humidity in the newly built tunnels, it was decided to build the current military shrine. Designed by the same architect as the military shrine at Redipuglia, Giovanni Greppi, and by sculptor Giannino Castiglioni, the shrine was begun in 1932 and inaugurated on 22 September 1935. The shrine consists of a series of semicircular steps that run up the slope from the road to the top of the shrine. The shrine contains the remains of 22,950 soldiers: in the northern sector, the Austro-Hungarian ossuary with 10,295 dead of which 295 identified, in the southern sector, the Italian ossuary with 12,615 dead of which 2,283 identified. In the shrine there is an important tomb for the history of the Grappa, it is that of the Italian marshal, General Gaetano Giardino, who commanded the IV army of the Grappa leading it to the final victory, whose statue (about 4 meters high) while scanning the Monte Grappa and the Valsugana is located at the end of Viale delle Fosse, in the heart of Bassano del Grappa, in front of our hotel. To reach the military shrine, take the Cadorna road, built by order of General Luigi Cadorna and completed on 7 October 1917.