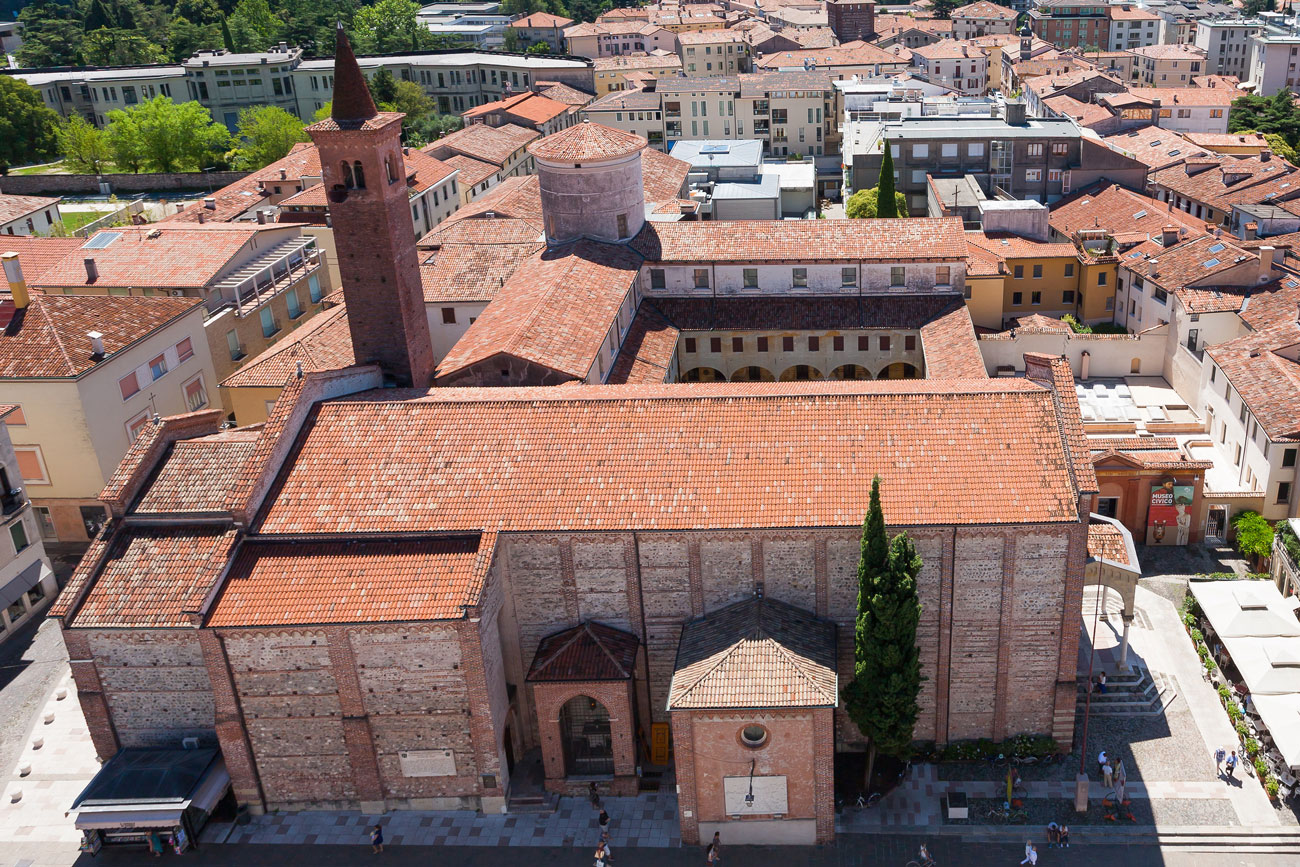 The church was built with a dedication to the Virgin Mary between 1158 and 1183, when the Ezzelini family ruled in Bassano. It was commissioned by Ezzelino II il Balbo, returning from the Holy Land, in fulfilment of a vow. Between 1287 and 1292 it was given to the Friars Minor Conventual, who dedicated it to St Francis. The building is in the Romanic-Gothic style with a Latin cross shape; the façade has a gabled structure with a slender prothyrum with round arches dating back to 1306. In the lunette are frescoes of the Madonna, Child, St Anthony and St Francis, painted by Luca Martinelli in 1613. To the right of the prothyrum is a unique representation of the Annunciation, depicted according to the Valentinian heresy with the already formed Child flying from the Holy Spirit to Mary's womb, painted by Battista da Vicenza in the early decades of the 15th century. The interior, with a single nave intersected by a transept, is covered by trusses and the walls still bear vague traces of 15th-century frescoes. On the high altar is a copy of the wooden Crucifix by Guariento, the original of which is kept in the adjacent Civic Museum.