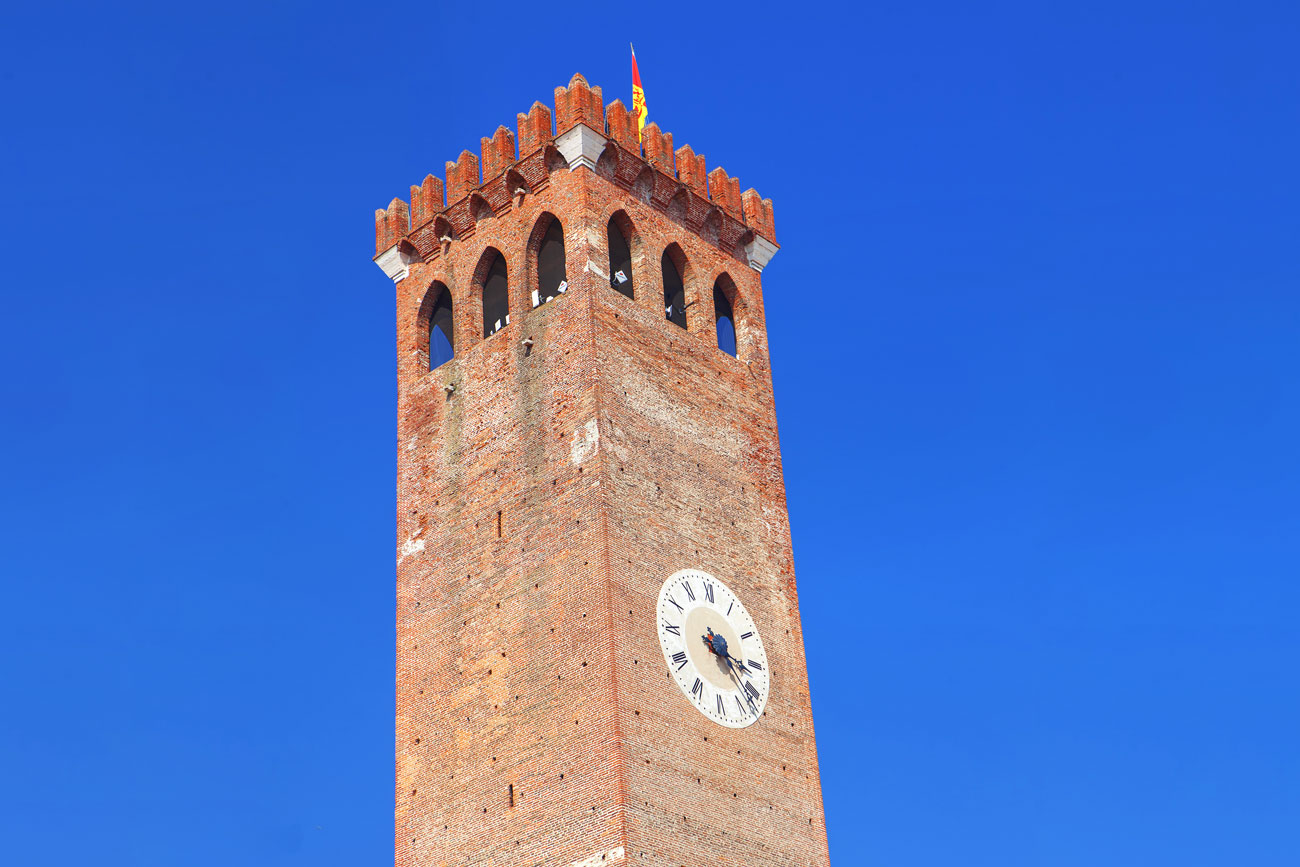 In Piazza Garibaldi the Civic Tower, also known as the Great Tower of the Hours and the Clock Tower, stands out with its bulk. It was probably built between the 1320s and 1340s (by the Da Romano family), but the most probable date is 1312 when, during the extension of the walls of the second ring of walls, it became an important defensive and protective element for the new town that had grown up outside the walls. It appears in the documentation in 1349, when a 500-kilogram bell was installed. From that time onwards, the bell was registered in the name of the municipality, which provided for its maintenance and the payment of the keepers, who performed various tasks, but the main task was to keep watch from above and announce riots, disasters or threats of assault. The name by which we know it, "civic tower", was given to it when a stone door with the city's coat of arms painted on it was opened at its base in 1494. During the 18th century, it was equipped with a clock and in the 19th century with the top of the tower. The tower stands out from all other historical buildings in the town because of its centrality in the urban layout and the fact that it dominates it with its height (43 metres). After a recent and important restoration, it was reopened to the public.